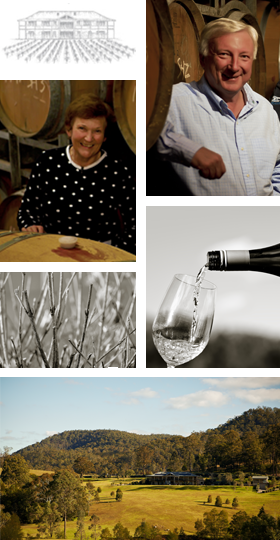 John Colvin - the man behind the label

Born and raised in Glasgow Scotland, John was one of the many “Ten Pound Poms” to emigrate to Australia with his parents and six brothers and sisters from Great Britain after World War II. Drawn by the promise of better employment and housing, the family settled in Adelaide, enjoying the more relaxed lifestyle and better climate.

As the eldest child, John quickly took to Australian life completing a Bachelor of Economics from Adelaide University in 1972. It was here that he also met his wife Deirdre whom he married in 1969. Three children followed, Sean, Scott and Kristy who are grown up with their own children now.

With much international travel and several interstate moves, John has built a successful career with over 25 years of consulting experience and nearly 20 years as CEO of major professional services firms.

It wasn’t until the mid 90s however, with a successful career under his belt in Sydney, that John really turned his attention to the possibility of producing wine. His mother’s family had always had country roots and the need to feel and do something with the soil was a strong attraction for him. He was also looking for something that would sustain his interest after a busy working life.

With an absolute confidence that the character of great wines is a direct result of the soil, climate, vineyard management and the winemaking process, Montvalley continues to pursue John’s vision of excellence through tireless winemaking innovation, his scrupulous attention to detail and strive for perfection. As such everything has been built from scratch with this high quality objective in mind. This has meant utilizing the latest technology, investing heavily in irrigation systems, and employing leading viticulture experts.